I remember when I saw pictures from the launch of Diner En Blanc on social media and I said “ooh fancy…how come I didn’t get invited to this launch!” in my head. It looked like an expensive affair just from the pictures alone and so I didn’t bother to go and research what this event was about. So when a friend of mine asked me if I wanted to accompany him I said YES! I remember telling a girlfriend of mine that I’d be going and she wrote it off “all-white dinner, no sah, not interested,” she said. Ok. Her tone said a lot more and so I quickly left that conversation alone and excitedly went online to purchase a dress for the event. 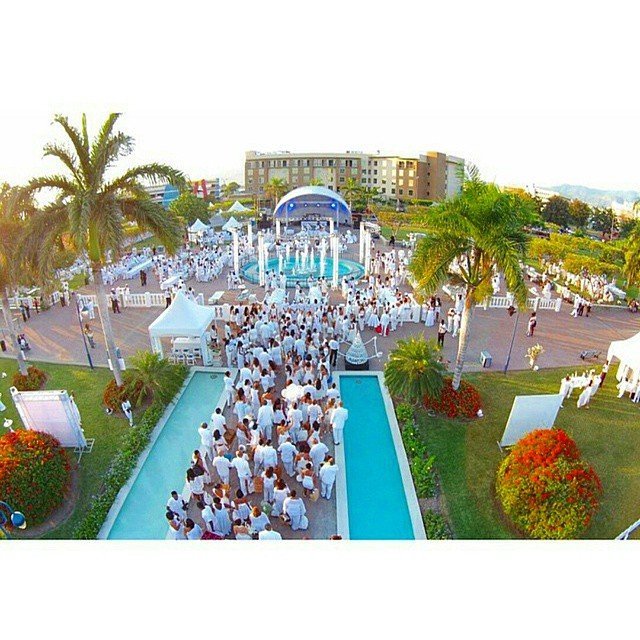 As the weeks went by and the date for the event drew closer, I realised that the event was meant to be a fancy picnic in a public space. They were extremely strict on the dress code, which I did not mind as all white events are always very pretty. Total disclosure? I still have not read one single piece of information on what the concept of Diner En Blanc is. I was just going by the emails sent pre-event with checklists of what to bring. It wasn’t a very expensive ticket price, for about $100 (US) two people entered and received a complementary bottle of wine or champagne. You were expected to bring everything else, your food, décor, plates, everything. Of course, this added up for some as people went all out on décor but whatever tickles your fancy. I already had all white dishes etc and DIYed my floral centrepiece.

The organisers went the extra step to make life a little easier for us by providing the options of pre-purchasing food and wine and renting tables, chairs and tablecloths. As I scrolled through previous Diner En Blanc pictures on Instagram (it’s an event that happens all around the world, the Jamaican organisers went to the one in Florida I believe and loved it so much they decided to bring it here) to try and get a feel of what the event promised, I realised that some people were walking to their venues with tables and chairs in hand. We pre-ordered our main course and additional wines and brought along our own appetizer and dessert. 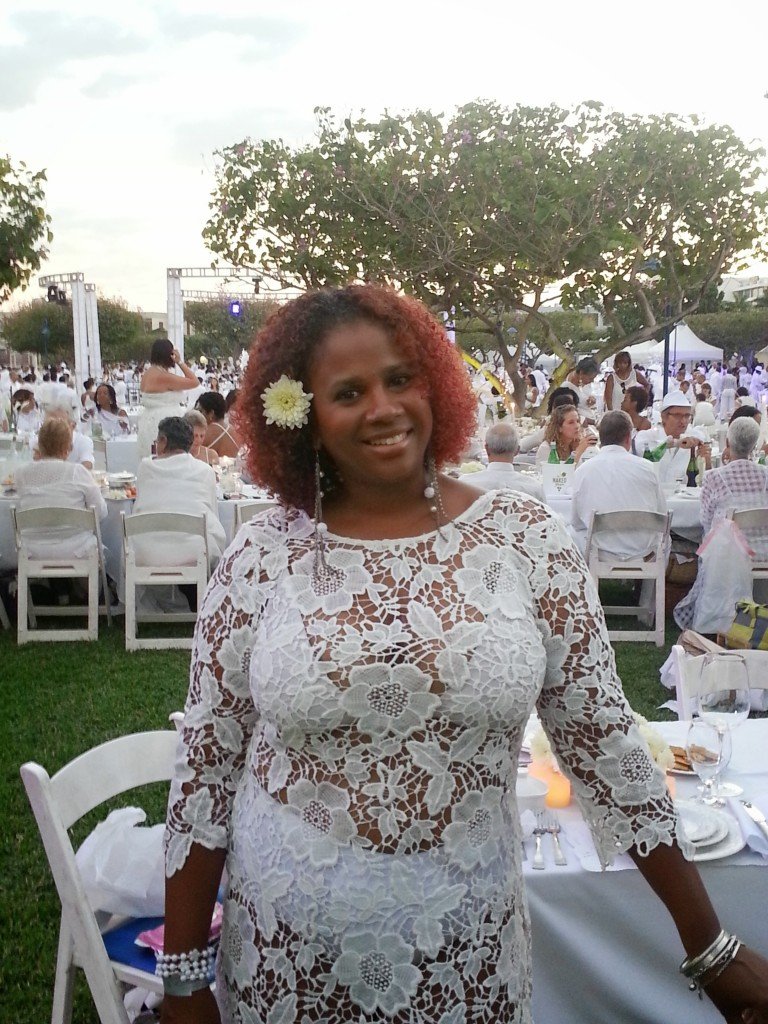 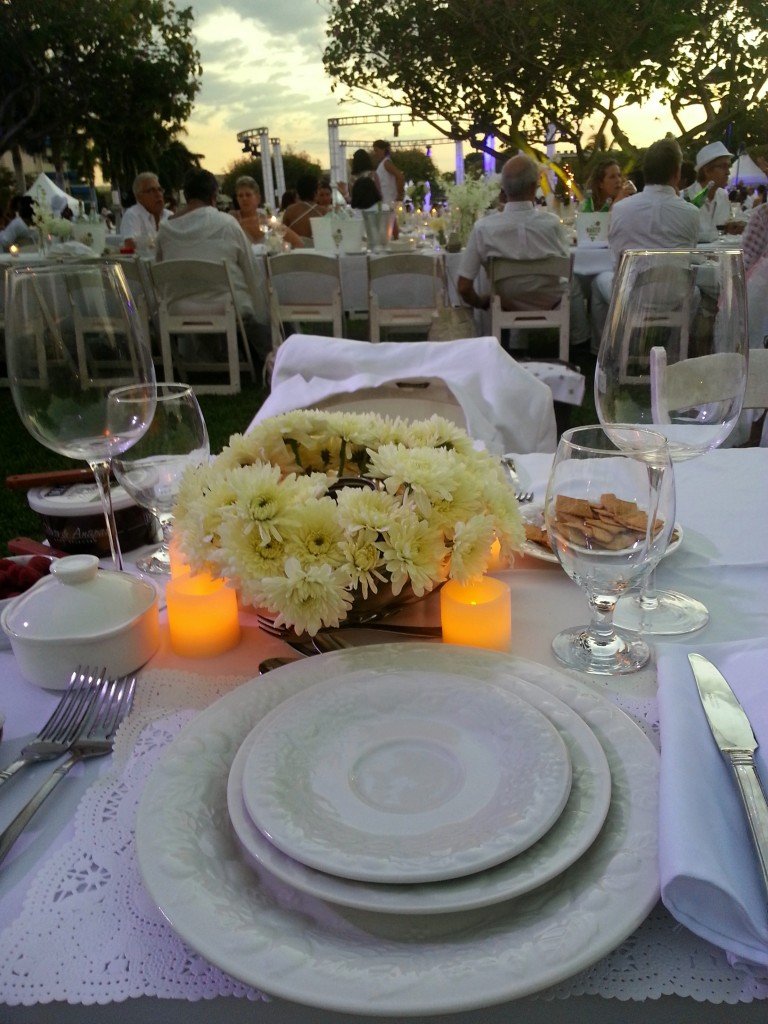 Turns out it was a brilliant idea to take along our own appetizers as there was a massive line to pickup whatever you pre-ordered. I chomped down on flavoured goat cheeses (tomato basil and cranberry cinnamon, which are to die for) and fresh raspberries on flatbread in the almost 45 minute wait to get our food. 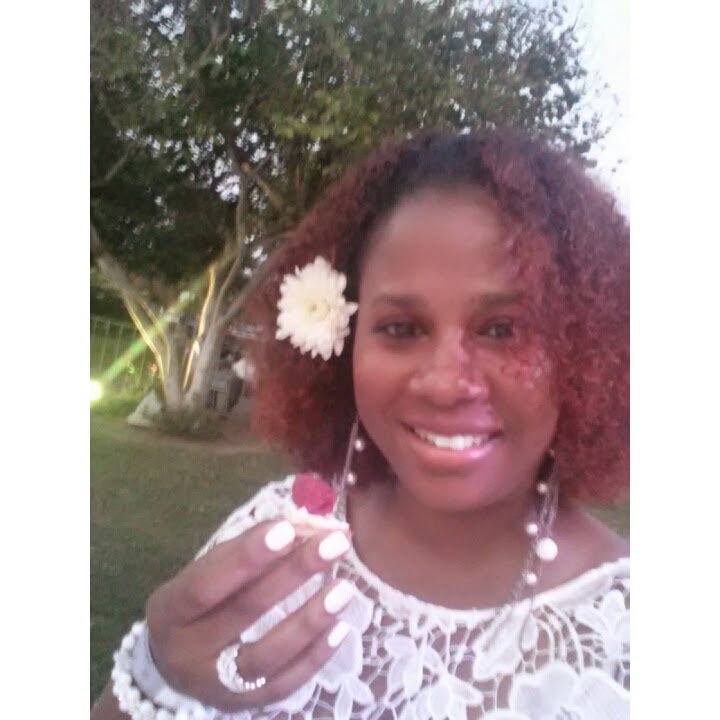 Tables also ran out which also caused a very bumpy start to the event. First stagings always bring out the weaknesses in even the most organized of teams; I’m sure these issues will be ironed out for the next staging. Once we were all finally settled and plated, the magic of the evening took over. Now, I happen to live in the vicinity of the “secret location” and so when I left my house that morning I already knew that the event would be held in Emancipation Park as I passed them setting up. My first reaction wasn’t very nice, even though I knew it was supposed to be a public space. As the day went on and I thought about it, I knew that if they decorated it nice enough, it may just work. I love to jog there because the park really is gorgeous and breezy and always has a cheery vibe. So I was delighted when I got to the venue. Others not so much, they had the same initial reaction as I did. I was just happy it wasn’t Kingston’s waterfront Downtown as I had that as a possible location in my head and knew how hot events there were.

The park was still open to the public, they simply barricaded one section of it so there were plenty of onlookers as we made our way into the venue. I could just imagine them saying “dem uptown people yah naave nutn fi do wid dem time and money eeh” which is probably what I’d be saying if I were on the other side of the fence. We always like to criticize people for the ways in which they choose to spend THEIR money and every time a party comes around that is out of my price point (*cough* Utopia, Frenchmen *cough*) I scroll through the pictures thinking hmmm….must be nice. Anyhoo, my meal was delicious! 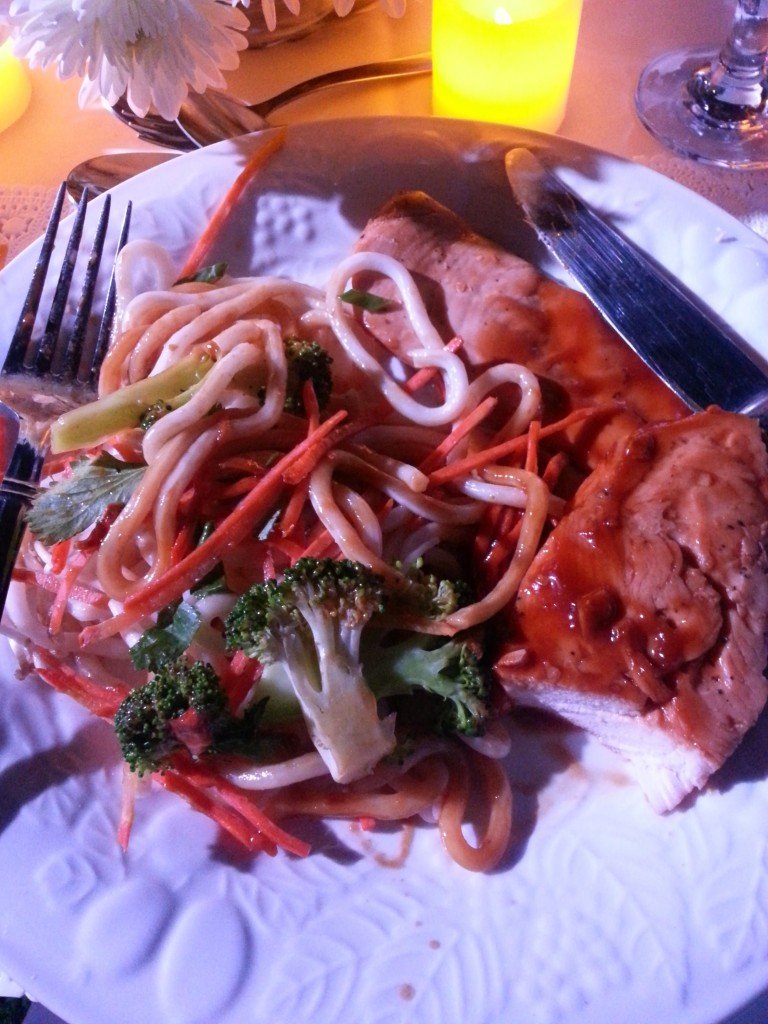 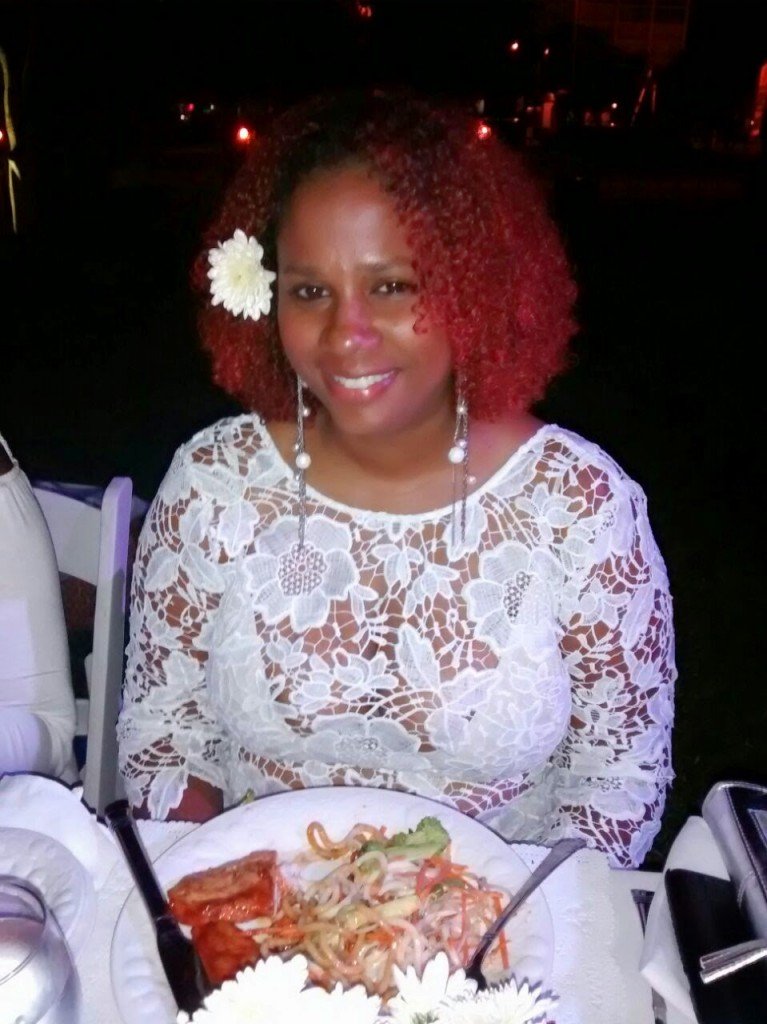 There was a beautiful salad to start and then chicken, pasta and veggies. The sauce was amazing. The group beside me had sushi so the options were varied. We were entertained by a lovely mento band. I felt like I had stepped out of Kingston and into Wonderland. Of course, after dinner it was time to party! 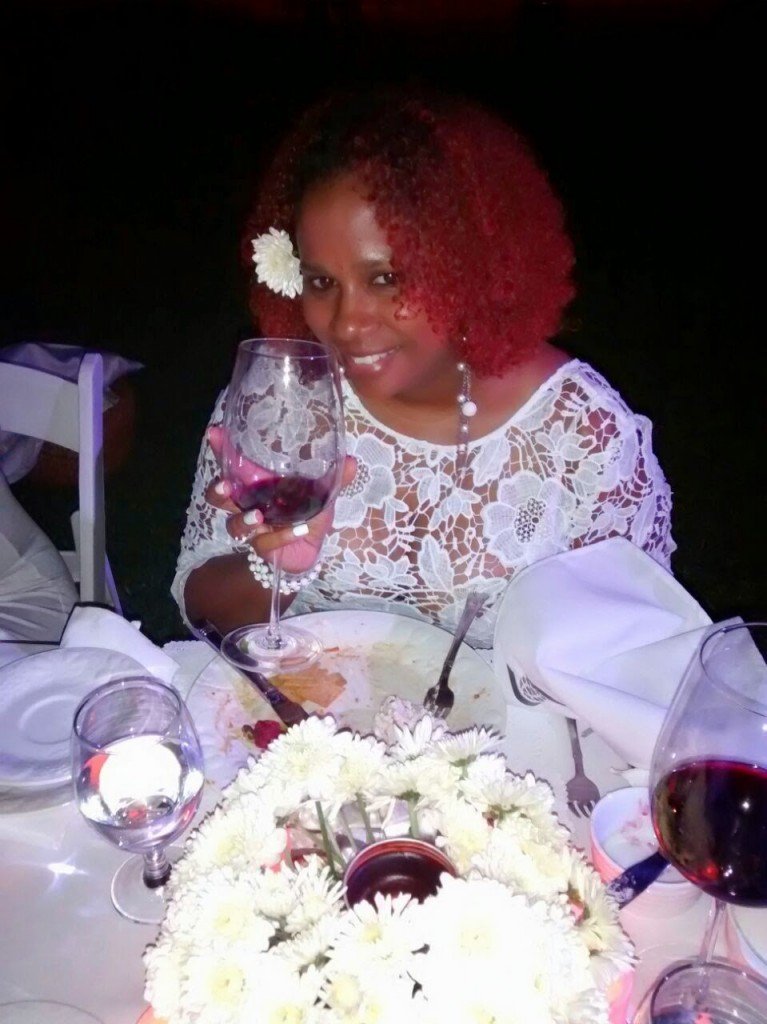 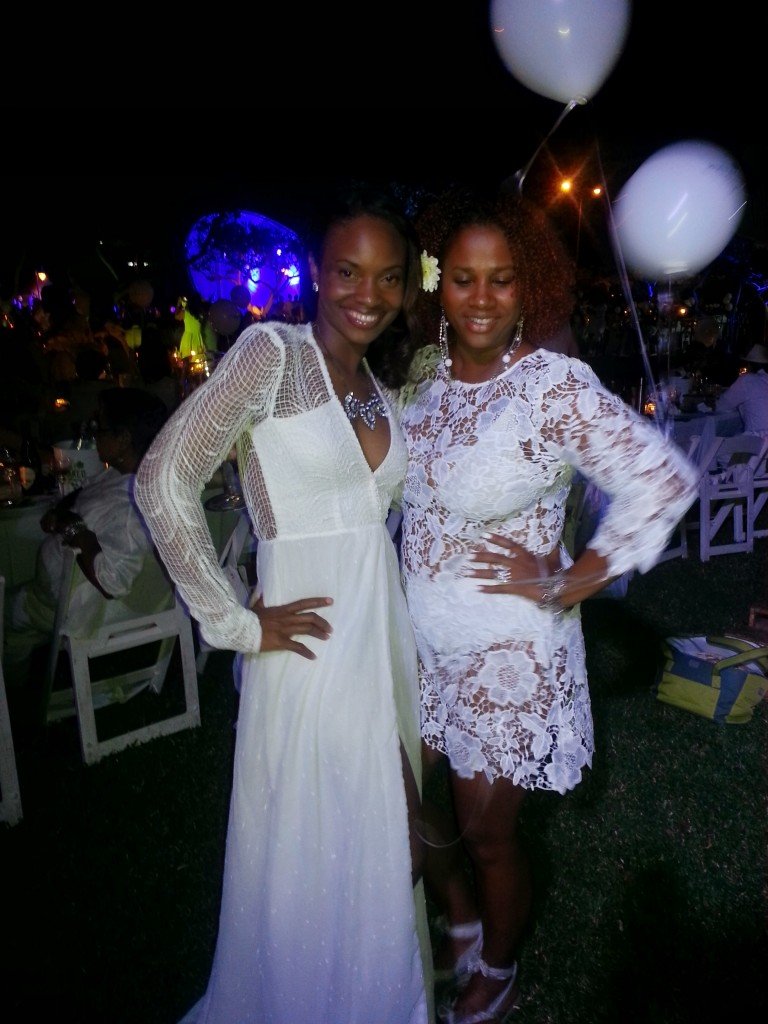 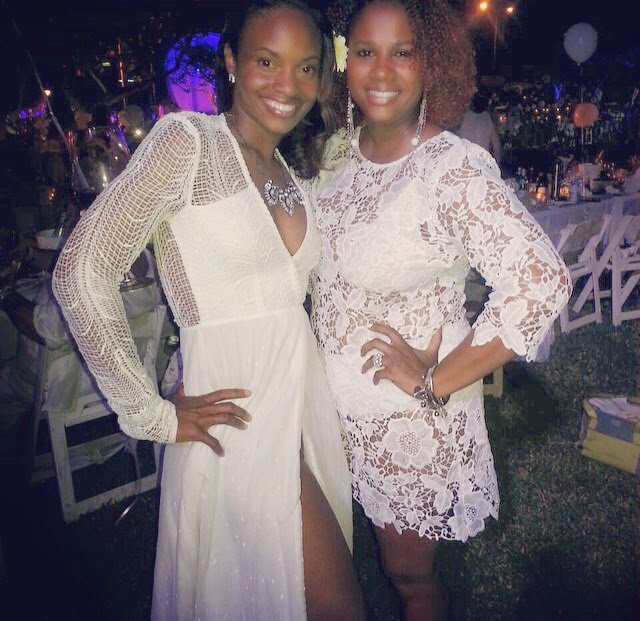 We released white balloons into the air and lit up the night sky with sparklers. It was a sight to behold. And then…they played soca. 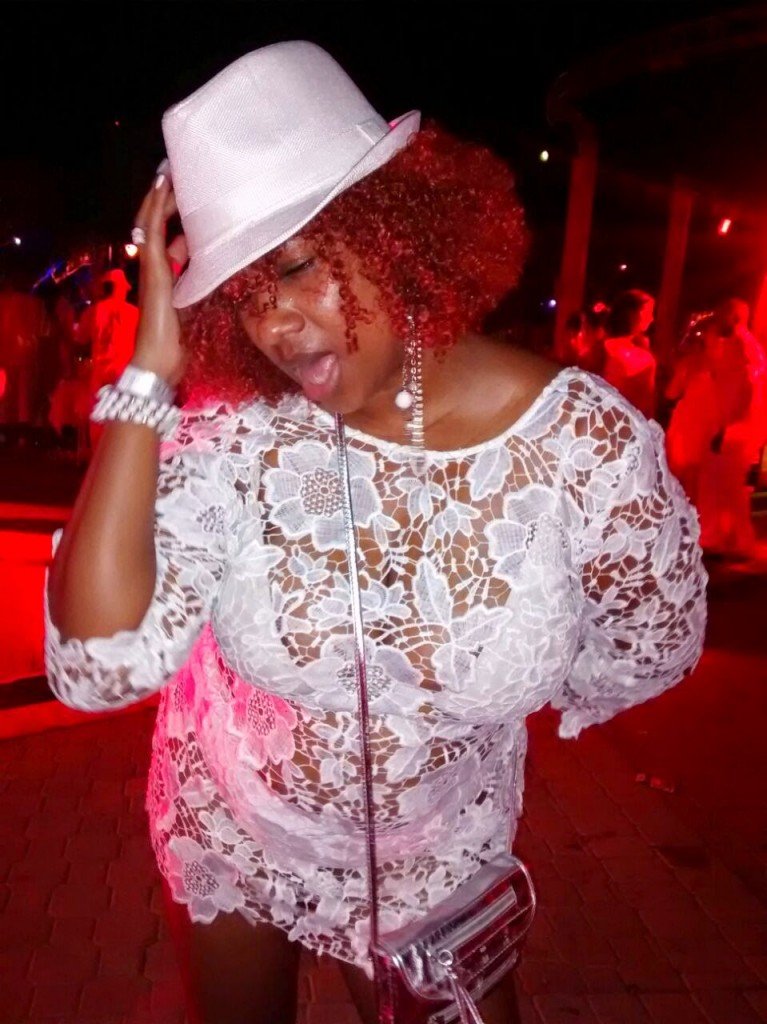 I don’t even remember who’s hat this was. I had a blast! It was so much fun, definitely worth every penny and every hiccup. I’m sure next time will be even better. In a world where we’re always complaining about the same parties, the same people, the same everything, it was a refreshing concept and certainly lived up to the hype for me. 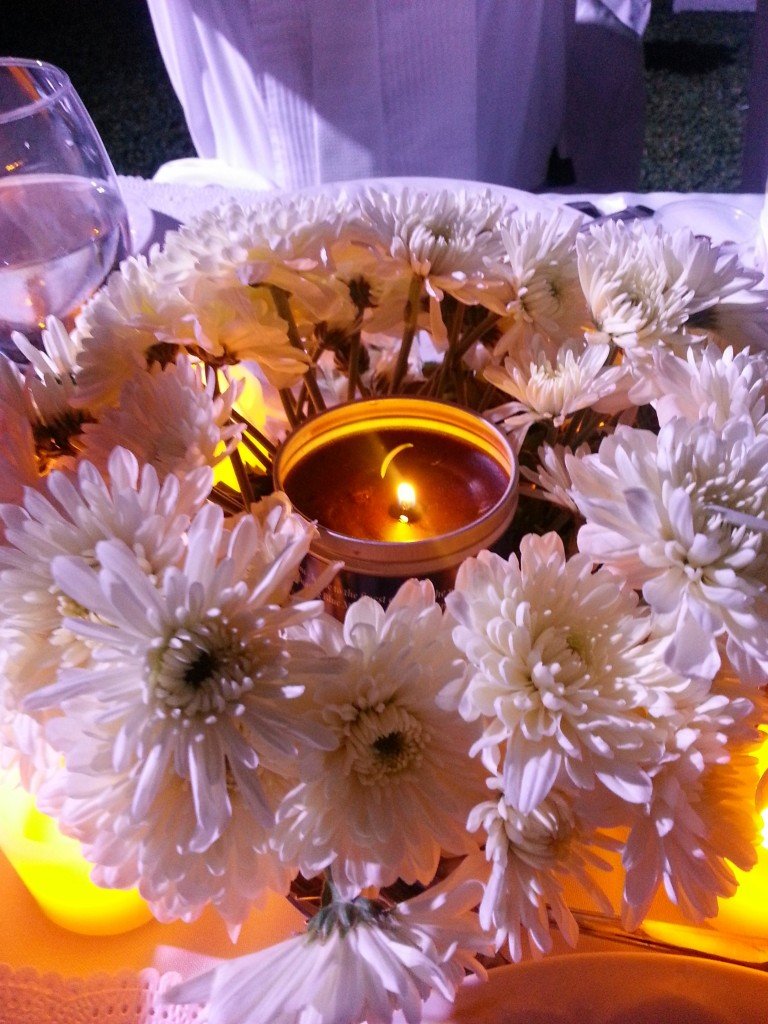