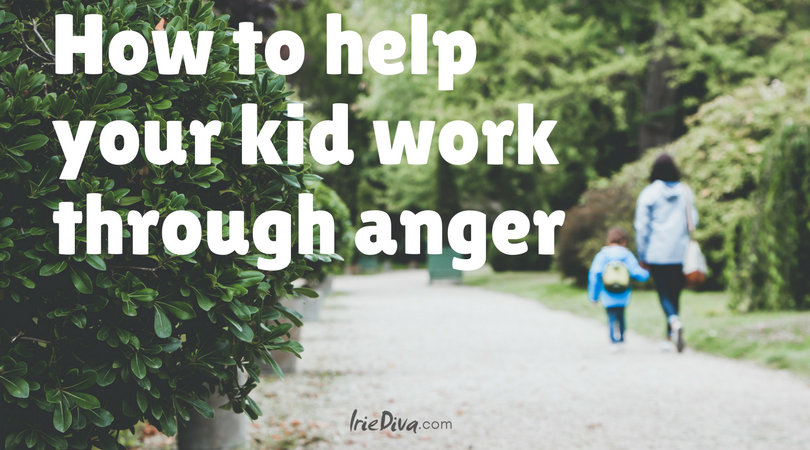 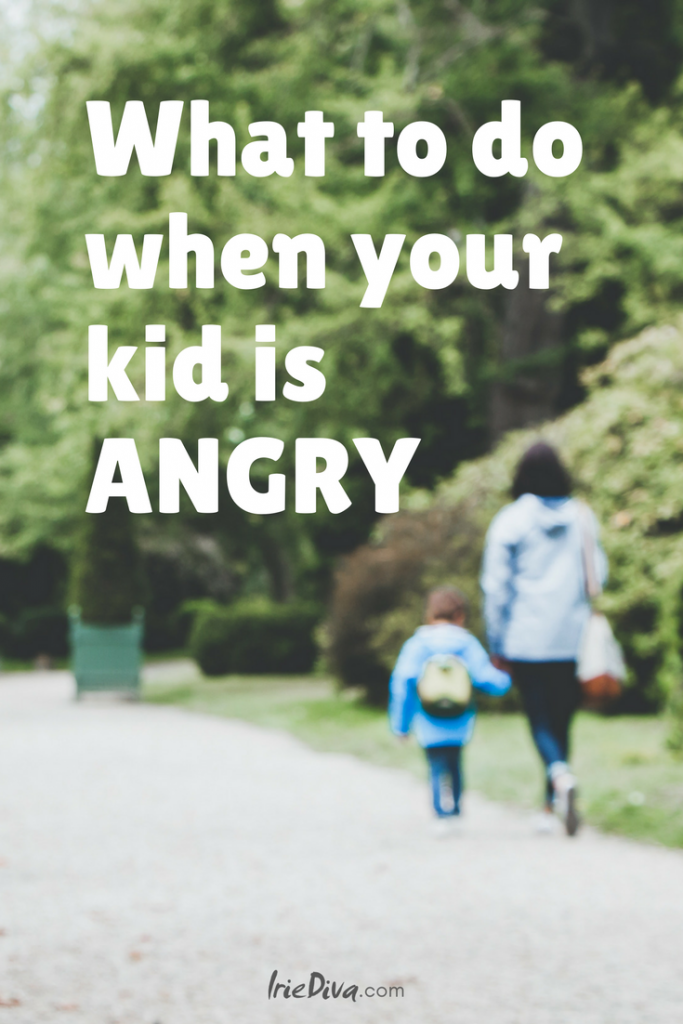 Anyone out there with an angry kid? Here are some tips that may help them understand their emotions.

I used to wonder what mommy bloggers would talk about after baby and toddler stages passed. That stage when kids are cutest and everybody wants to see and hear about every little step they take.

Now I know. Now I’m in big kid territory and there’s a whole slew of issues here that I’m not sure I’m qualified for. Luckily me and my angry kid made it through with very few bumps in the road.

I don’t have much experience with anger management. I’m not a rage type of person and I can count on one hand how many times I have been spanked by my parents.

Munchkin will also be able to say the same. Spanking isn’t a method I’ve found to have worked for me. Let’s get into the issue and how I dealt with it. Maybe it will help you too.

Life with a kid has been peachy keen all along, not much bumps in the road to report. No hospital visits, no broken arms or legs, good grades and not much trouble at school. I was cruising through like heck yeah, I can do this, even on my own. Well, that wind got knocked out of me for a quick second shortly after munchkin’s 7th birthday. 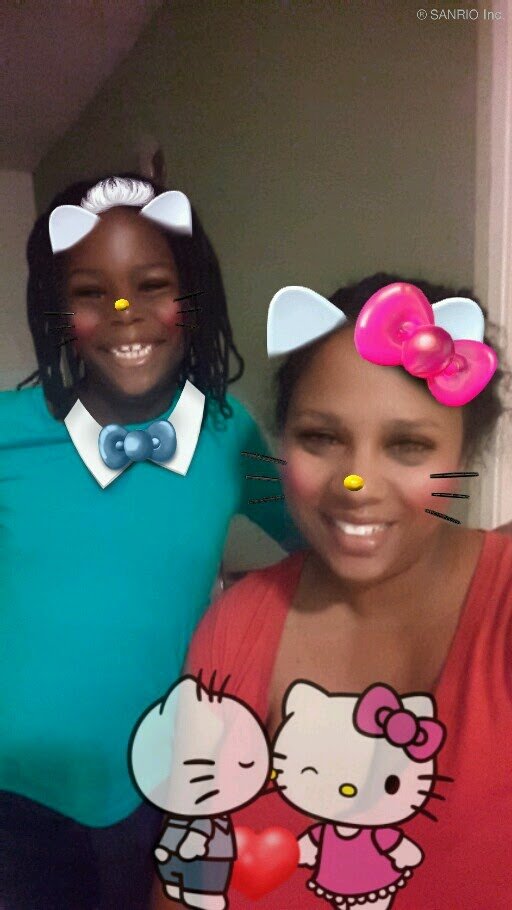 In December of 2016, just three months after munchkin begin karate lessons as an after-school activity, she entered her first Karate tournament. She would be graded as well on the technical execution of her kata. 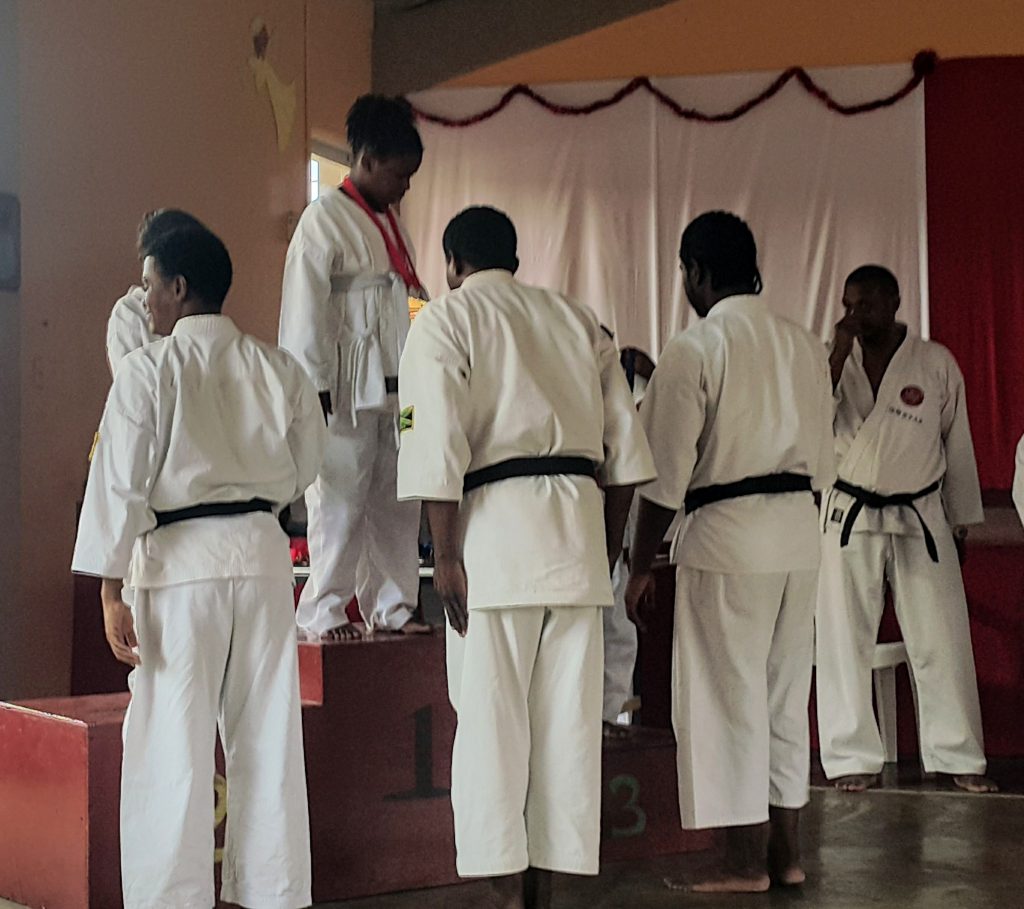 That’s her in the centre of the podium receiving the gold medal for the white belts in the tournament. She went on to skip the white belt yellow stripe AND the yellow belt, yes she skipped an unprecedented two belts, to be awarded an orange belt after being graded. I couldn’t have been more proud of her that night. Low and behold, I couldn’t fathom just what this meant in her eyes.

Karate is her absolute favourite thing in the world and that orange belt meant everything to her. She bragged about it to anyone who would listen all Christmas long. Seemingly, it also meant that she started feeling her power.

Trouble at School – The Angry Kid

In January when school reopened, little miss started feeling herself and started bossing everyone around. When they didn’t listen? She’d pick fights! One day she decided to bop three girls in the head who wouldn’t allow her to get onto the swing when she decided she wanted to use it right then. I was absolutely mortified. My munchkin? Instigating fights? How on earth to combat this and where was it coming from!

The first time the teacher brought me in, we discussed the anger issues and I reassured her nothing was happening at home that could have caused this change. You see, not only was she picking fights, when spoken to in class, she would become so enraged that she would scream or even worse, overturn her desk in anger and storm out of the class. Some serious stuff. Of course, the other kids would be frightened when these outbursts occurred.

I remember my decision to spank her after hearing about the incident with the 3 girls. It was clear that just trying to talk to her about her behaviour wasn’t enough. That’s when I spoke to her father and let him know I was going to spank this child. I was going to show her how it felt to receive licks from a big old bully. I remember taking the belt to her that Friday, whack in her hand. She would receive that belt about 5 times or so before I sent her to her room.

What happened on Monday? She was in another fight. After I spanked that child on Friday. Yeah, spanking was cancelled after that. 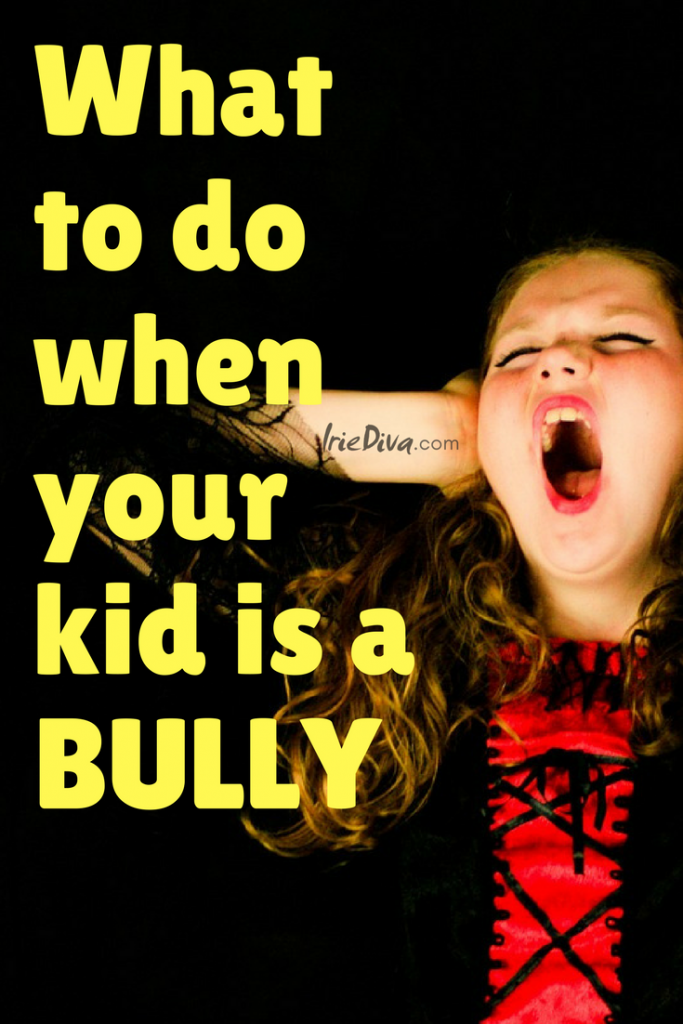 The teacher brought me in after the Monday incident to speak with the principal. Munchkin has been going to the school since she was a baby so by now everyone knows us and was concerned about her behaviour. Of course, everyone thought something was happening at home that she was affecting her.

I was convinced it was the orange belt. She is a tall girl. All the other girls are rather tiny compared to her. She complains often that they don’t want to play with her. It seems she mainly plays with the boys at school. She tends to like things that boys like, Minecraft, karate, football. Those are her preferences. I thought she was now showing power over the girls. Bullying them since they didn’t want to play with her? I thought she felt invincible now with her new orange belt.

Her teacher was such a sweetheart. Very soft-spoken and forgiving. In munchkin’s eyes, quite a pushover. Munchkin will definitely bully around smaller kids if allowed to. I’ve seen her pinch her own brother this past summer because she couldn’t get her own way. Chances are, the teacher was trying to use more soft-spoken methods of dealing with munchkin, which wasn’t working.

Chances are, this has been a bigger issue in other classes that didn’t reach me because other teachers she had in the past had been firmer. I remember her Grade 1 teacher mentioning one issue but telling me that she would get it under control. She was just kind of informing me and reminding me to control it at home as well.

The principal said the school was rallying around munchkin and it would be all hands on deck to try and get to the bottom of her issue. She advised me that maybe I’m too close to the situation to get to whatever is causing munchkin to be so angry. She asked me to get an older person involved, like a grandma or pastor or something. Ask them to talk to her and see if there are any issues that munchkin is trying to work through.

Her father suggested giving her more attention. She’s an only child here with me, so I tend to be more hands-off with her so that she can learn independence and not be too needy. She’s not an only child in her class and I felt like I was helping her develop her social skills. The teachers do say that when she’s treated like a teacher’s pet, moving her desk beside the teacher, she’s an angel. Once they try to integrate her back into the class, problems.

Some Things That Helped

I decided to look up some anger management and bullying type books on Amazon and we started to read them together. The books were age appropriate and ranged in topics from what to do when you’re angry to temper tantrums to bullying.

We spoke about how she’s hurting her friends and alienating herself. We also spoke about ways to deal with emotions like when something happens that causes her to be angry. I gave her some breathing exercises and encouraged her to count to ten and then talk to the teacher when she feels herself getting angry.

We spoke about sharing and about respect for her teachers and other students.

Each morning we went over the behaviour that was expected for the day while I was taking her to school. And we celebrated each evening when nothing happened at school that day.

The summer holidays rolled around and the behaviour continued. I was encouraged to seek professional help for her after she entered Grade 3 and another couple incidents occurred. She has a much firmer teacher now however and so I’m currently paying close attention to her behaviour while being keen to offer as much support and mindful time together after school.

I will be sure to update this post if we do get counselling as I’ve spoken with another mom who said she had the same issue and counselling helped.

Do you have any tips to share? I’d love to hear, please leave them below. Please excuse my hiatus…it’s just one of those things. You know, as a mom, it’s so amazing to watch a little life blossom. They’re so precious…so amazing…so full of life. Every time she says something new…discovers a new way to do something or is up to some mischief and looks over at me to see… 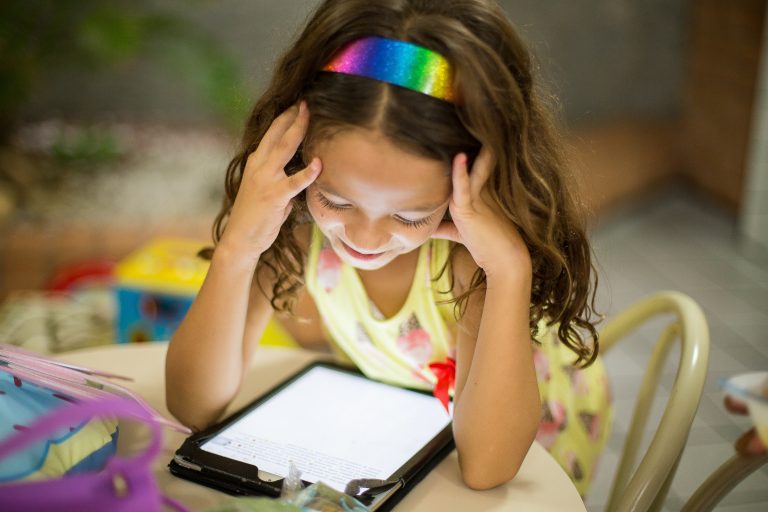 I’m looking over at my 8-year-old cracking up with laughter 10 minutes after I told her it was bedtime. She begins to fake a meltdown immediately of course but funny stories for kids are her absolute favourite. That means whenever I say it’s bedtime she immediately pulls out her Kindle and says ok I just want… 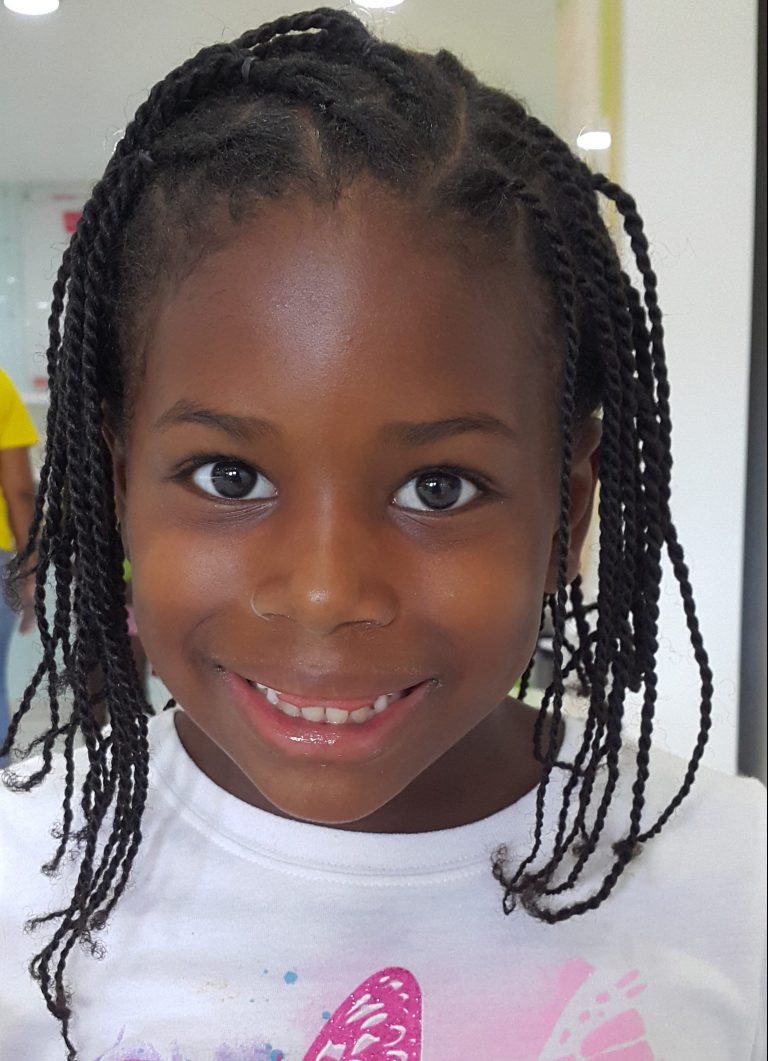 Tis’ the season! Hey everyone, quick check in with you guys! I wanted to share with you my two cents on a new Dove™ campaign called Love Your Hair. Even though this post is sponsored, please know that these thoughts are all my own as you know how passionate I am about grooming my little munchkin… 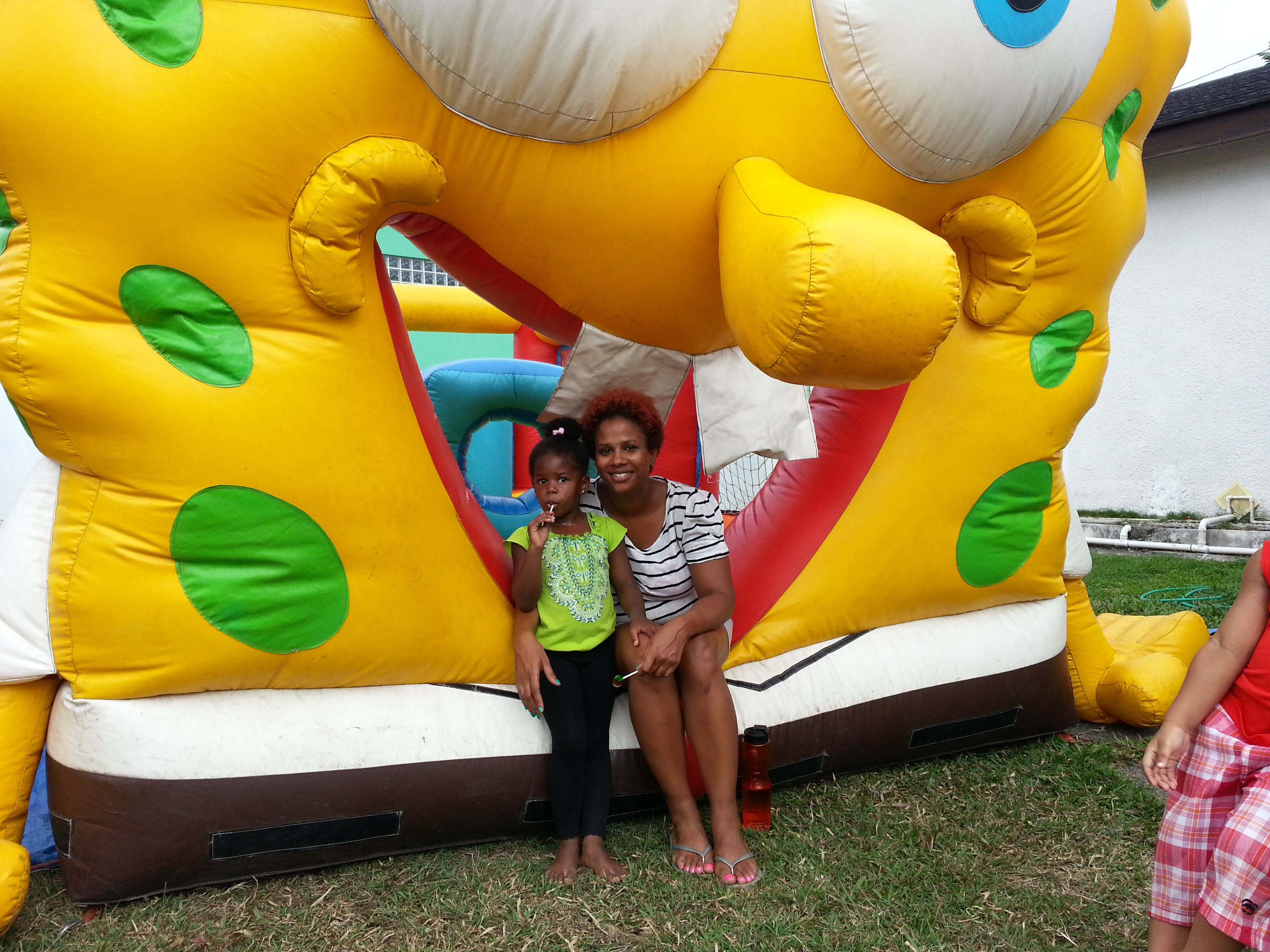 Munchkin turned 3 years old recently and I decided it was time for her first birthday party. I always said I would never be the parent to throw a 1yo birthday party as that is a party for the parents, not the child. At 3, Munchkin is fully aware of what a birthday party is,… 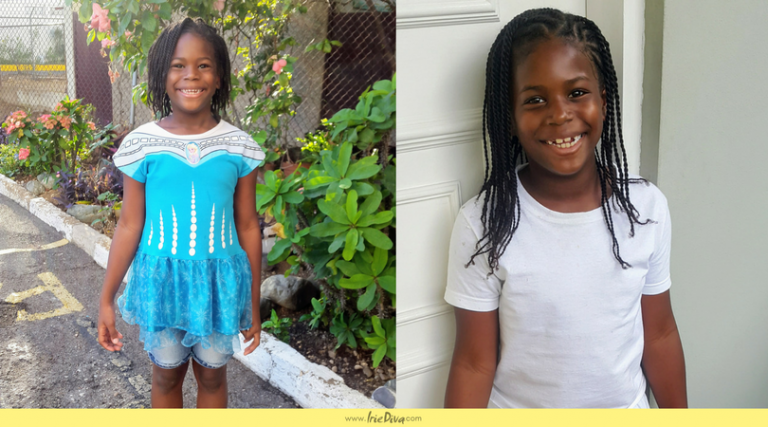 Can protective styling really grow your hair? Why yes, yes it can. My little munchkin’s hair grew like a weed once I stopped trying to comb her hair and gave in to the almighty gentle and patient hairdresser she now has. Let me take you on her natural hair journey. This is the very last…

Hi sweetie! How happy am I that you came into mommy’s life and taught me exactly what the meaning of love is! I’m taking a minute to tell you how much I love you. And I know you love me too, from the mere fact that I still can’t get you to sleep in the…