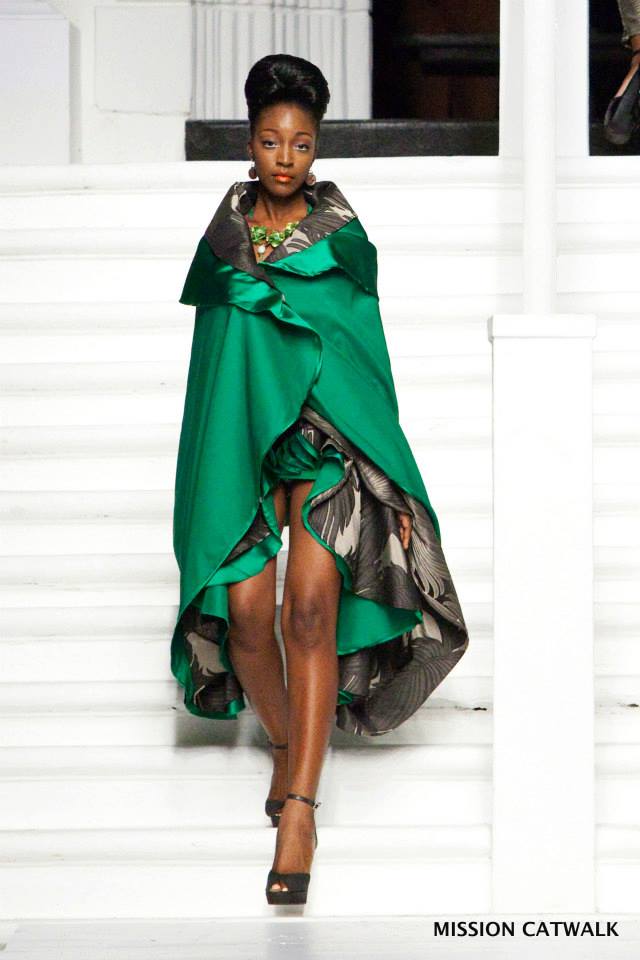 An excited Theodore Elyett tweets Saturday night after it was revealed on the season finale that he had won Mission Catwalk season 3. I tried to keep up this season to give you episode recaps but they took way too long to upload each episode to youtube and I could never catch it on local TV so I gave up. But from those very first two episodes that I watched, there was something about Theodore that I liked. He was very talented and knew what he was doing for sure, but his humility and the way in which he accepted criticism from the show’s mentor with grace made him an instant fave for me. Technical know-how and business savvy will get you success, but the right attitude will take you to the top. My favourite piece from his final collection has to be this dress that starts out one way and gives you a bang: 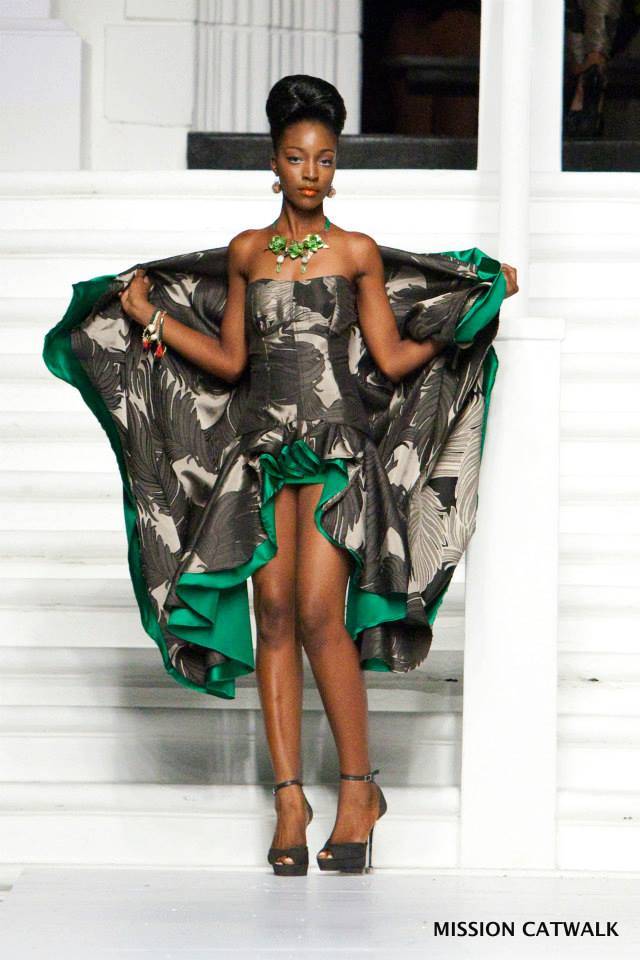 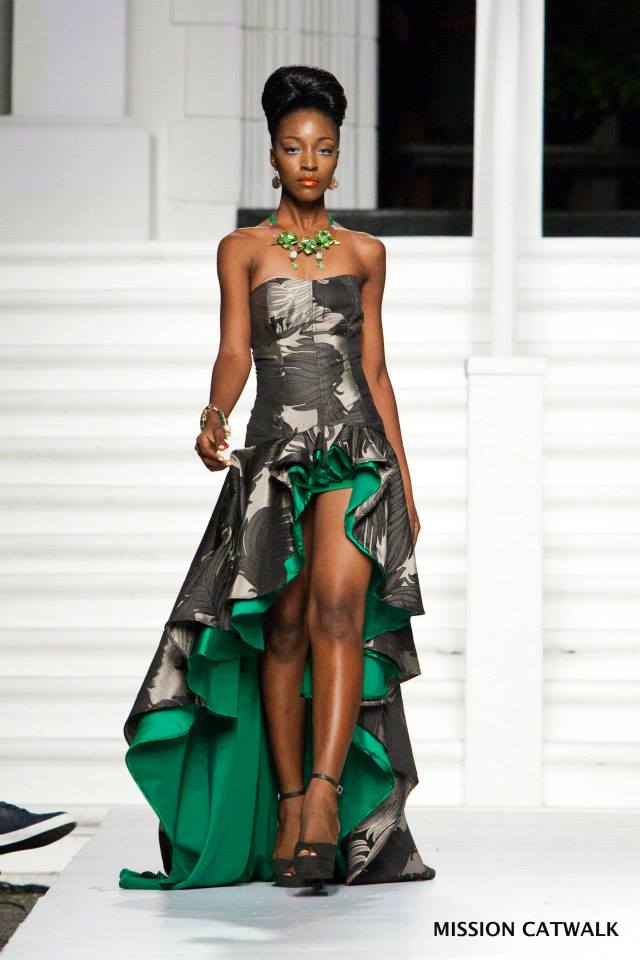 That is AWESOME! I love it. I love the dress on it’s own without the added poncho drama, but added drama is so very necessary sometimes. Admittedly, I still haven’t actually watched this episode because duh, it’s not yet uploaded onto youtube, however, I can tell that the collections were supposed to have a London feel. On twitter this dress was dubbed “The Adele” and I can certainly see why. 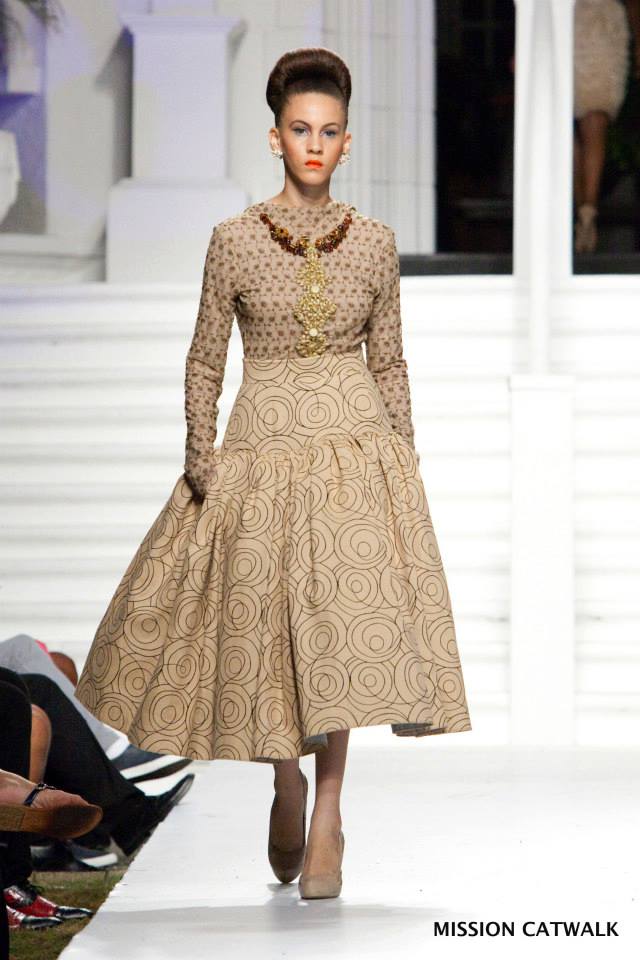 Of course, it would probably have to be black to actually get Adele into it but it is very lovely. The prizes for Mission Catwalk included a scholarship to a London Fashion College as well as the opportunity to show a collection at London Fashion Week so I’m sure this influenced the collections from the final three designers. Here are a couple more looks from the collection: 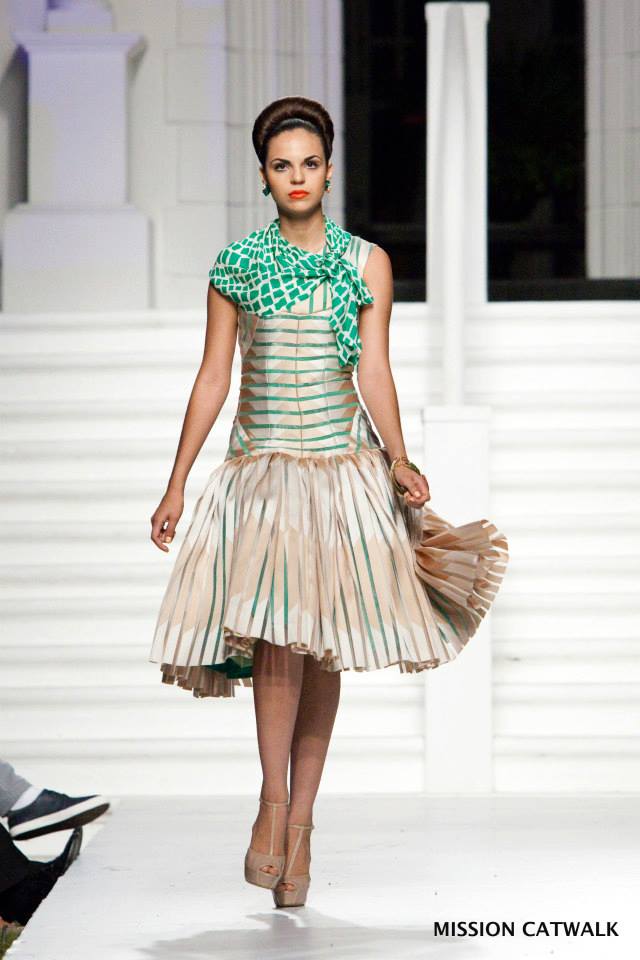 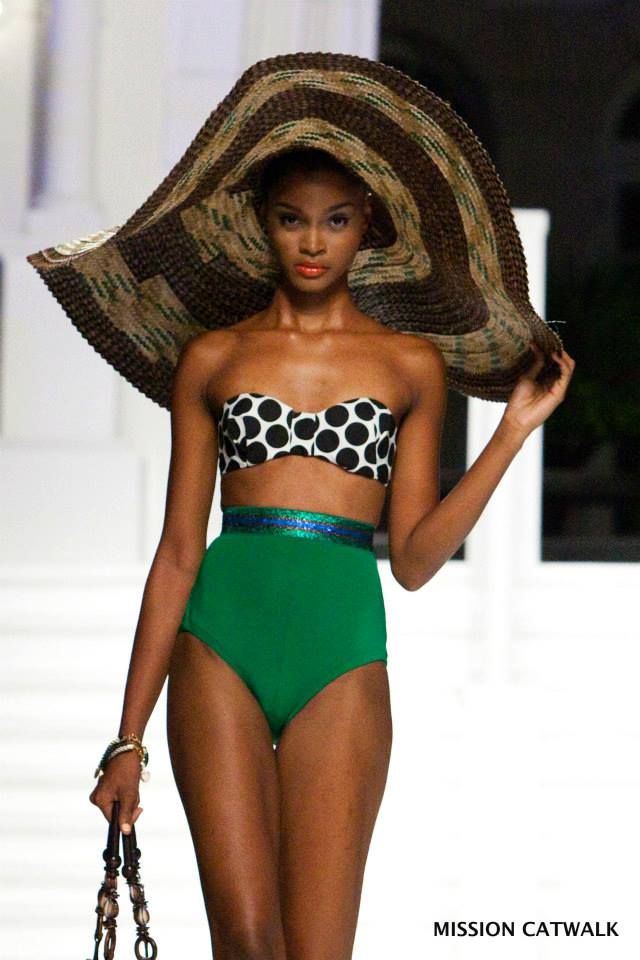 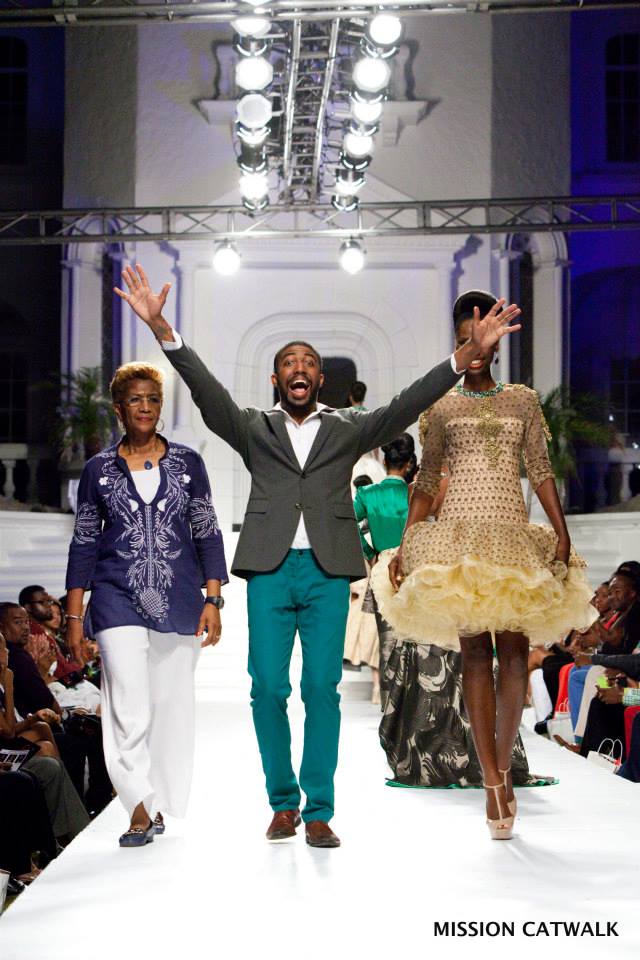 Congratulations to Theodore Elyett, carrying the Bahamas flag proudly. The runner up was also from the 242 islands, big tings a gwaan over deh! What are your thoughts on his collection and the show?

Caribbean Fashion Week 2013 has come and gone and my, what a weekend! I’ll be doing highlight posts of each night and then breaking out into spotlights on some of my favourite lines from the show, so let’s get right into it! Friday night was dubbed emerging designers night and saw many new designers mixed… 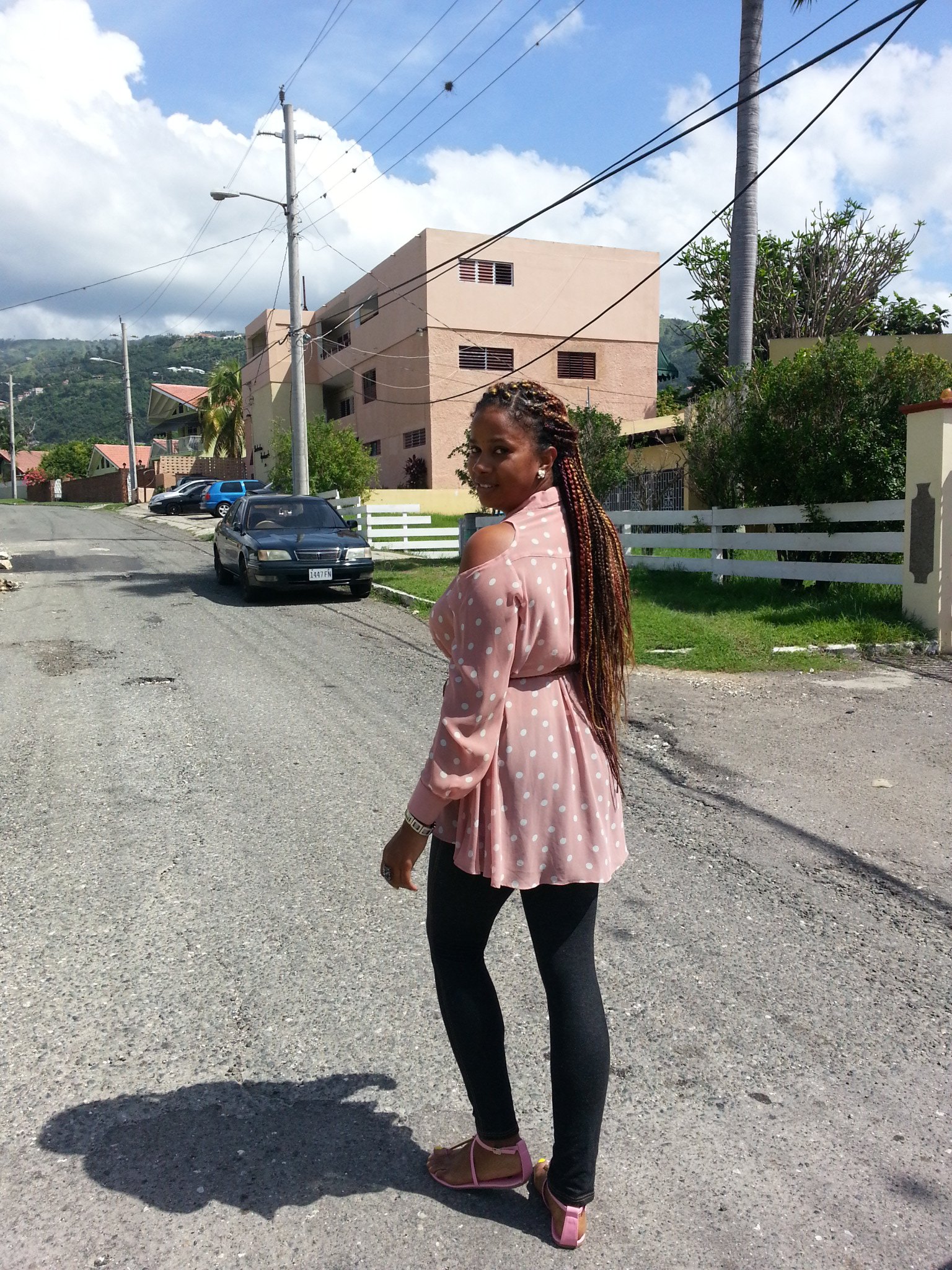 Sunday brunch with some of my favourite Jamaican bloggers and social media friends at Fromage Gourmet Market, all thanks to the Jamaica Gleaner and Smart Eggs Jamaica. My challenge was to come up with Sunday chic that could transform from day to night as I wasn’t expecting to have the opportunity to go home and… 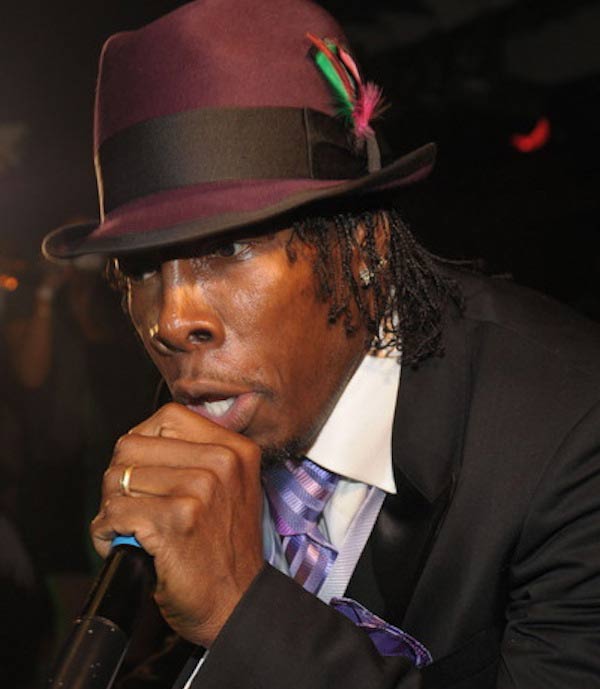 I’m hoping I’m very qualified to give advice on what to wear to a reggae concert. I’d be very ashamed if I wasn’t being that I am a native of the birthplace of reggae music. However, style is a very personal thing so I won’t feel too bad if our taste in styles is different…. 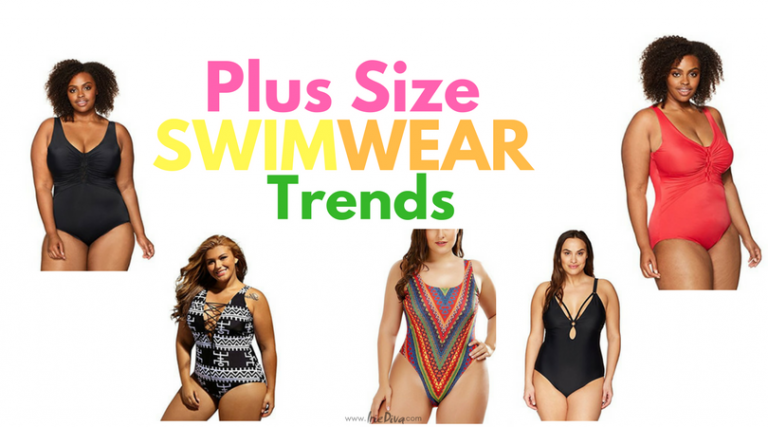 As I continue on my forever journey to lose weight and be healthy, I’m in the market for new plus size swimwear that compliments my curvy body. At the end of this month, I’ll be on the beach and I’ve been considering my swimwear options. I can’t tell the last time I was on a beach… 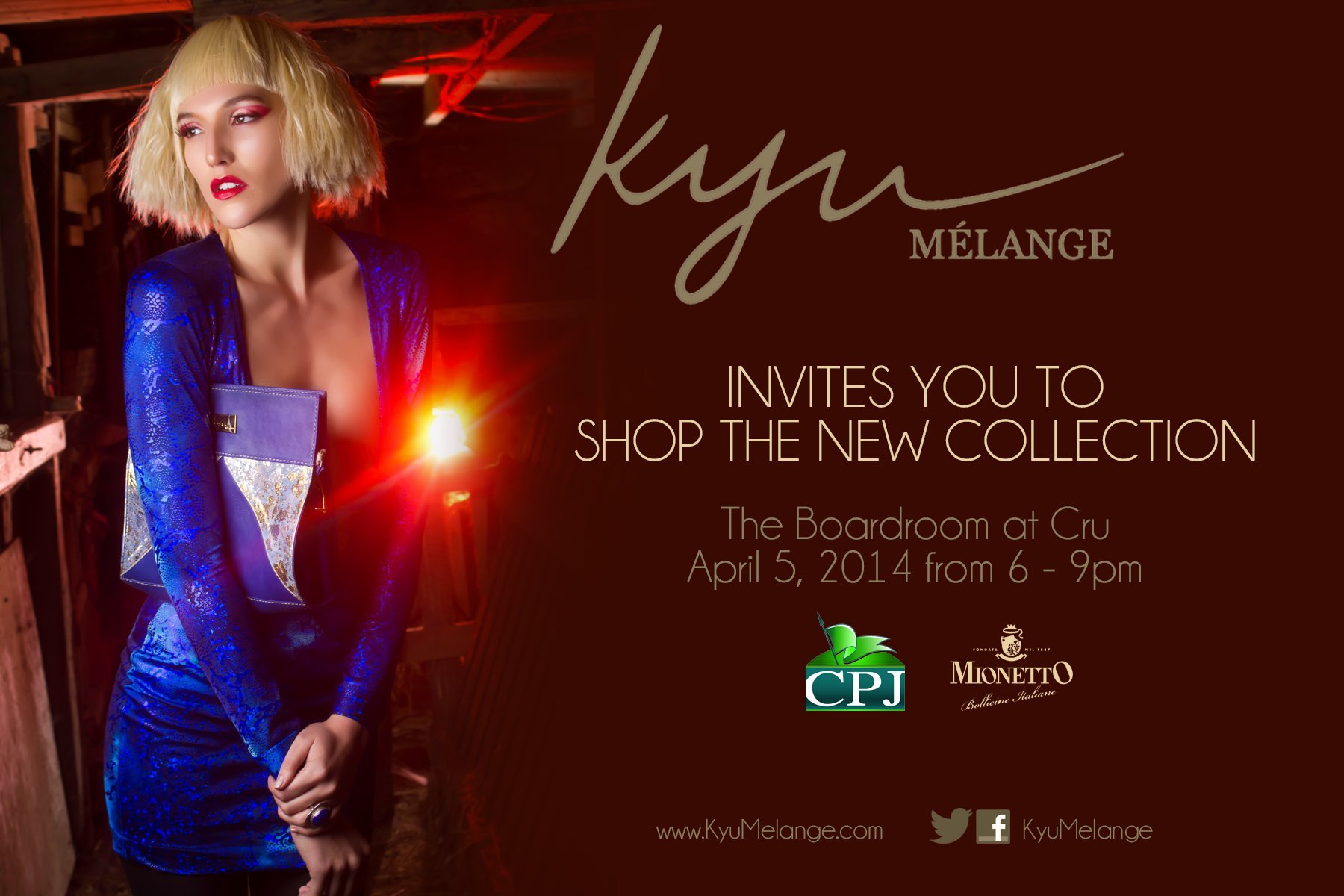 You’re invited! Come on out and grab you some fab pieces from a Jamaican fashion designer and her partner from Turkey. See a few pieces from them in my CFW Night One Rundown post from 2013 here.